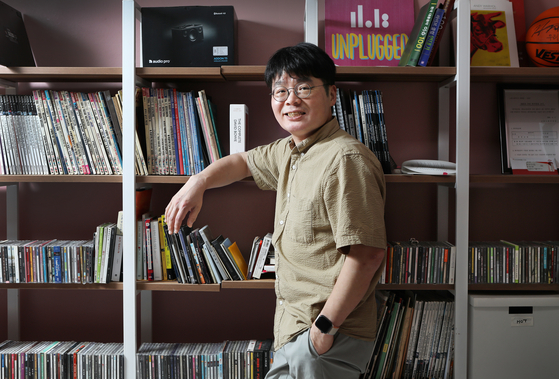 Music critic Kim Zakka poses for photos after an interview with the Korea JoongAng Daily at the 11018 office in Seongsu-dong, eastern Seoul. [PARK SANG-MOON]

K-pop continues to grow across the globe and it’s not just boy band BTS making it big — other groups are landing higher and higher on international music charts. With a unique set of rules that sets it apart from other industries, K-pop is becoming not only a driving force for pop culture, but opening up a new chapter in Korean history. In the following interview series, the Korea JoongAng Daily will sit down with Korean music critics who have been following the growth of this unique industry and ask, how did it happen and will it last?


Understanding K-pop is a bigger task than meets the eye when trying to decipher it from a musical point of view. But its makeup and rules become clearer when looking at it from a business perspective, says a music critic who goes by the penname Kim Zakka.

“One thing you must remember about K-pop is that you shouldn’t approach it as a genre of music,” said Kim. “It is the name of an industry that has been strategically planned out, executed, marketed and managed by entertainment companies.”

Trying to define K-pop as a genre of music will leave you with a plethora of unanswerable questions: Do the members have to be Korean? Do the lyrics have to be in Korean? Does the song need to be electronic dance music or can it be hip-hop or rock? Does the group need to debut in Korea?

The answer starts with how a K-pop act is made rather than what it does after its debut, according to Kim.

“A member of a K-pop band is picked up through an audition or by headhunters that search the country for talented teenagers,” said Kim.

“They are then trained and micro-managed from head to toe until their debut as a band by an agency, which carries a name value in itself.” 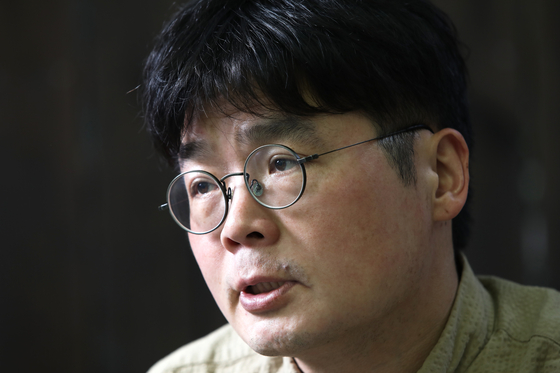 
Kim, born in 1975, began working as a journalist in 2003 for weekly movie magazine Film 2.0. But his career as a critic started before that when he acquainted himself with rock bands like Crying Nut and No Brain while frequenting music bars in the trendy neighborhood of western Seoul’s Hongdae during the 1990s.

Having witnessed Korean pop culture grow from the early stages, Kim has kept a keen eye on the development of the music industry and how it has evolved as a business model. Kim currently works as the head of the content division at 11018, a company dedicated to archiving data related to Korean pop music and its history.

He is also a member of the judging panel for the Korean Music Awards, one of the most prestigious music awards for Korean music. It is sponsored by the Ministry of Culture, Sports and Tourism and the Korea Creative Content Agency.

One phenomenon that he’s particularly interested in these days is ARMY (the name of BTS’s fandom), especially the way that the loyal fan club has evolved compared to K-pop fans from previous generations.

“Fans are changing just as the industry is, and the change they’re going through will define the next step in K-pop,” Kim said.

Kim sat down with the Korea JoongAng Daily to talk about the definition of K-pop and the possible future that lies ahead at the 11018 office in Seongsu-dong, eastern Seoul, on May 27. The following are edited excerpts. 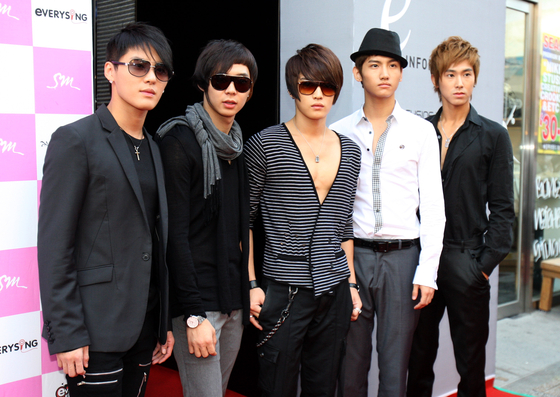 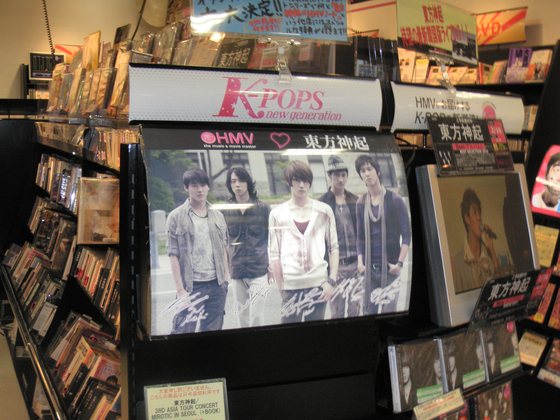 Q. Tell us more about the definition of K-pop.


A. K-pop revolves around music, but it’s largely a visual form of art, especially involving dance.

K-pop songs always come with fancy music videos and choreography that aim to visually grab a viewer’s attention for the duration of the song.

Music-wise, it’s a type of Korean pop music that we call gayo. But as opposed to other types of gayo, K-pop has been targeting overseas audiences from a very early stage.

K-pop finds its roots in the early 2000s when singer BoA and boy band TVXQ first became popular among Asian fans, especially Japanese. Their agency SM Entertainment purposefully targeted the Japanese market and that later led to the expansion of their goals to Europe and North America.

Even now, the songs that the Korean general public like are different from the K-pop songs that are popular overseas.

The songs that are on the top 100 streaming charts are divided into songs that are popular among the general public, which are usually ballads and R&B, and songs that have been purposefully put there by K-pop fan clubs.


Fans are an important part of the K-pop industry. Why is that so?

K-pop fans are the most enthusiastic type of consumers of cultural content.

Usually for other cultural content like films or games, only about 10 percent of the so-called fans spend money on related merchandise. So a fan of a film franchise will watch the movie at theaters, but not necessarily buy the books or toy figurines related to the actors.

But it’s safe to say that 90 percent of K-pop fans will spend money on not just albums but concerts, buying CDs and much more.

It’s true that the very passion that has made K-pop could break K-pop. There are overzealous fans that make people cringe and cause trouble in unexpected ways.

But thankfully, fans have evolved with time.

First-generation K-pop fans were quite violent. They would stalk stars and make death threats if the celebrities didn’t behave the way they wanted them to. But now that’s rarely seen and fans know the importance of behaving well for the sake of their stars. 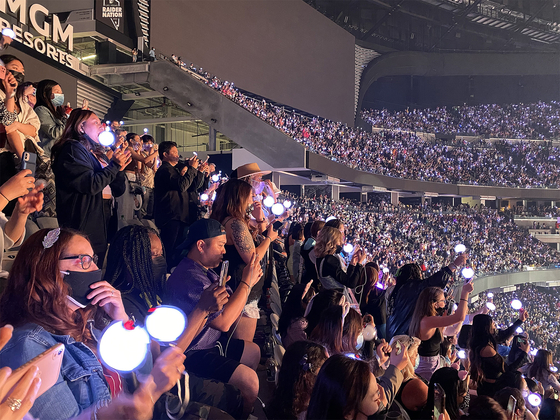 Fans cheer during a BTS concert held in April in Las Vegas. [YONHAP] 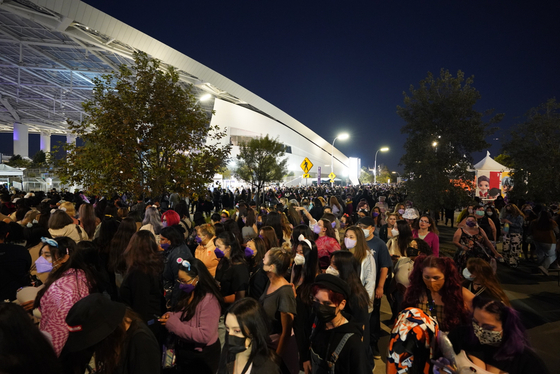 Fans wait outside the SoFi Stadium in Los Angeles to take part in the BTS concert on Nov. 29, 2021. [YONHAP]

How are they different from other music fans?

Compared to fans of other music genres that like the star for their music, K-pop fans like certain groups. More specifically, they like a certain person within a certain band.

If fans of other music genres are bound by the music that represents their taste and ideas, K-pop fans are bound by loyalty to their favorite stars.

This is what makes K-pop fans much more faithful to a singer than other genres, because they won’t turn away from the band even if the music is bad. The fans are much more united than other consumers and at the same time it’s why they can be quite aggressive if they feel like their favorites are being criticized.


How is ARMY different from other fan clubs?

To talk about how it’s different, you first need to understand the commonality among K-pop fan clubs. And that is, they are hugely competitive.

Since the birth of first-generation K-pop bands in the 1990s, like H.O.T or Sechskies, fan clubs have fought each other to make sure that their favorite bands top the charts and become the talk of the town. They will buy albums, listen to music, buy related goods and show their dedication in any way they can.

What sets ARMY apart is that they’ve been eager to make BTS the most-known for “spreading good influence.”

Because BTS built an overseas fan base faster than other groups, it picked up the notion of representing the greater good from early on. It’s mainly done by donations and speaking on behalf of people who have been marginalized, which has been done in the past but not as loudly as ARMY did.

BTS also takes this seriously, seeing the way they’ve given a speech at the UN, visited the White House to speak about anti-Asian hate crimes and so on. 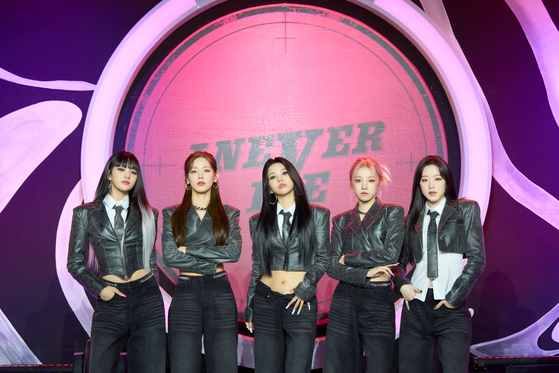 Girl group (G)I-DLE poses for photos during an online showcase held on March 14 for its first full-length album. It is well-known for having its songs written by leader Soyeon. [CUBE ENTERTAINMENT]

In what way can K-pop artists change to stay competitive for longer?

In a way, it is already changing for the better, where acts are actually becoming more like artists.

Because a K-pop band is made by others, there were some repercussions to calling them artists in the mid-2010s. Not only does the band seldom make its own music, it’s the agency that holds the copyrights to the band’s name instead of the members.

Recently, K-pop acts have been taking more initiative with their music. Band members are either taking part in producing the music or writing the lyrics, like BTS, and some bands are composing whole songs, like (G)I-DLE.

This makes them more like an artist than before and it will give K-pop bands the push they need to survive longer.


What else does the K-pop industry need to prolong its popularity?

While Hollywood kept exploring new subjects and themes, the Hong Kong film industry depended too heavily on the gangster action flicks that were popular among contemporary audiences. Because it failed to adapt to the changing demand of the new generation, it didn’t make it past the decade.

It’s too soon to tell whether K-pop will be successful or not, but there is a definite gap between BTS and the rest of the K-pop bands. If K-pop is to last in the global scene, there has to be more bands that can fill in the gap and give overseas K-pop fans something to look forward to other than BTS.

It’s like the saying, don’t put all your eggs in one basket.