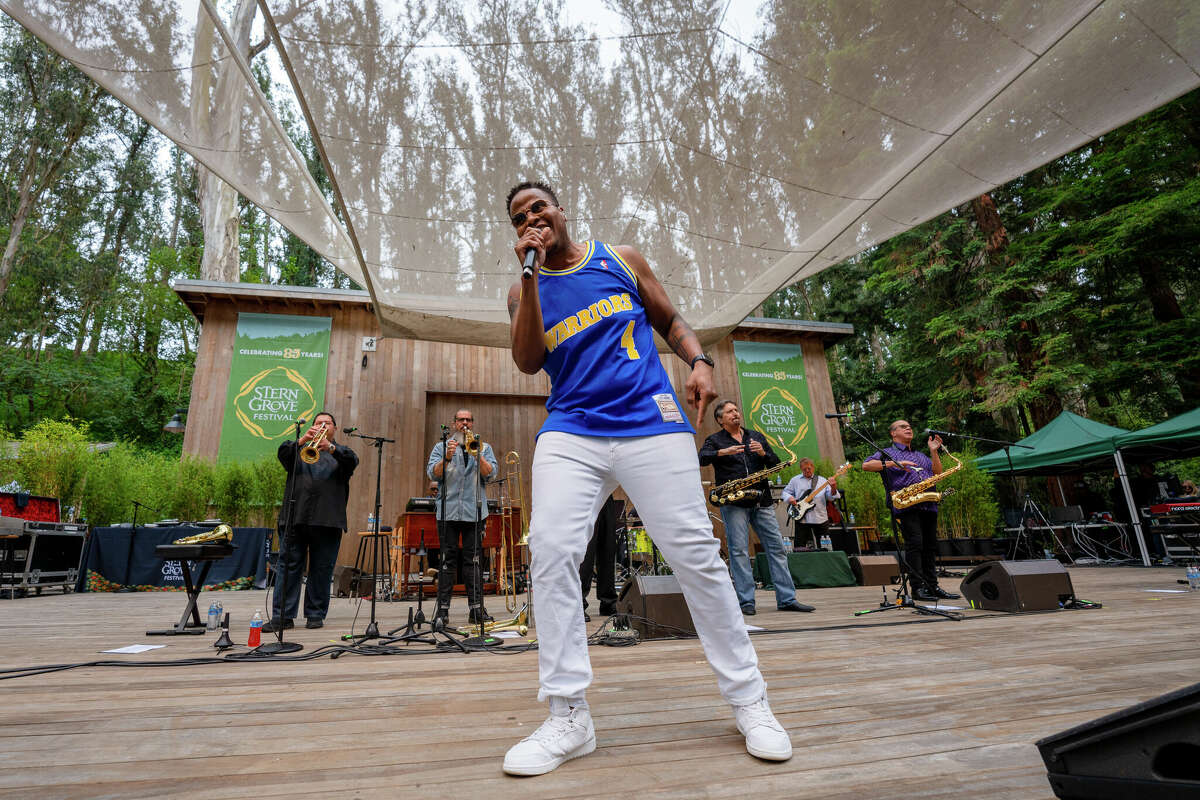 On Sunday afternoon, thousands of San Franciscans flocked to one of the city’s most iconic concert venues for an afternoon of smooth soul music and bombastic hip-hop.

Featuring Bay Area legends Too $hort and Tower of Power, the lineup for the season opener was actually a reschedule of the final Stern Grove concert of 2021, which was canceled after 700,000 gallons of water flooded the park. There appeared to still be some construction throughout the grounds, but fans of the venue will be happy to know that the natural amphitheater felt like it had been brought back to life.

Despite the new reservation system, long lines stretched along the north and south sides of the park, and as usual real estate for folding chairs and picnic blankets was tough to find. However, thanks to the pandemic pivot to livestreaming, the festival had added a large video screen to the grassy side area, which showed a very slickly produced feed of the concert for those without a sightline to the stage. Early in the day, a heavy fog settled throughout the grove and light drizzles threatened the vibe, but the cooling mist merely added to the San Francisco atmosphere.

Mayor London Breed announced the start of the Stern Grove festival, as fans danced to Too $hort and Tower of Power. Credit: Adam Pardee / Special to SFGATE

Just before Too $hort’s set, Mayor London Breed stepped up for a ribbon-cutting ceremony in which she thanked the Goldman family for stewarding he festival for five generations, and showed appreciation toward parks department employees who worked overtime to repair the park. With her civic duties behind her, the mayor shifted into the role of hype woman.

The crowd was warmed up by DJ Shortkut, a San Francsico turntablism legend whose career dates back to the late ’80s. He blazed through a medley of Bay Area hip-hop classics including everything from “The Thizzle Song” to “I’ve Got Five on It” to several hits featuring Shock G of Digital Underground, who died in 2019. When it was time for Too $hort to take the stage, he entered to a loop of “his favorite word” from the 2006 hit “Blow the Whistle” and the hillside erupted, with thousands of people screaming the very-much-uncensored lyrics in unison.

$hort joked about how he agreed with the festival organizers to keep his set “R-rated” and laughed as he pointed out babies in the crowd wearing protective headphones, but it was clear that he wasn’t doing much to tone down his language for the families in attendance. He stomped through trunk-rattling classics like “I’m a Player,” “The Ghetto” and “Gangsters & Strippers,” boasting about his legendary history as the first Bay Area rapper to release an independent album. The set was everything a Bay Area hip-hop fan could ask for.

After $hort left the stage, DJ Shortkut returned for a second set of masterfully mixed funk sure-shots before the arrival of Tower of Power. Ever since their 1970 debut album “East Bay Grease” (released on Bill Graham’s San Francisco Records), Tower of Power have earned a reputation as one of the tightest bands to ever come out of the Bay Area, with their signature wall-of-saxophone sound reverberating throughout the park.

Extended versions of “Soul Vaccination” and “What Is Hip?” offered nearly every musician on the stage a chance to flex into a solo, and the lengthy vamping also gave the sun enough time to emerge from behind the fog. As the sky parted, Tower of Power broke into “You’re Still a Young Man,” which served as the perfect soundtrack for laying on a blanket in the sun and enjoying a uniquely San Francisco tradition.